Emergency events can be dramatically different, each is unique in it's own way, but in order to help clarify how the Rescue Robotic system works we have outlined two major types of emergency response scenarios below. 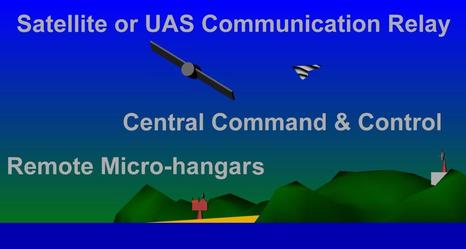 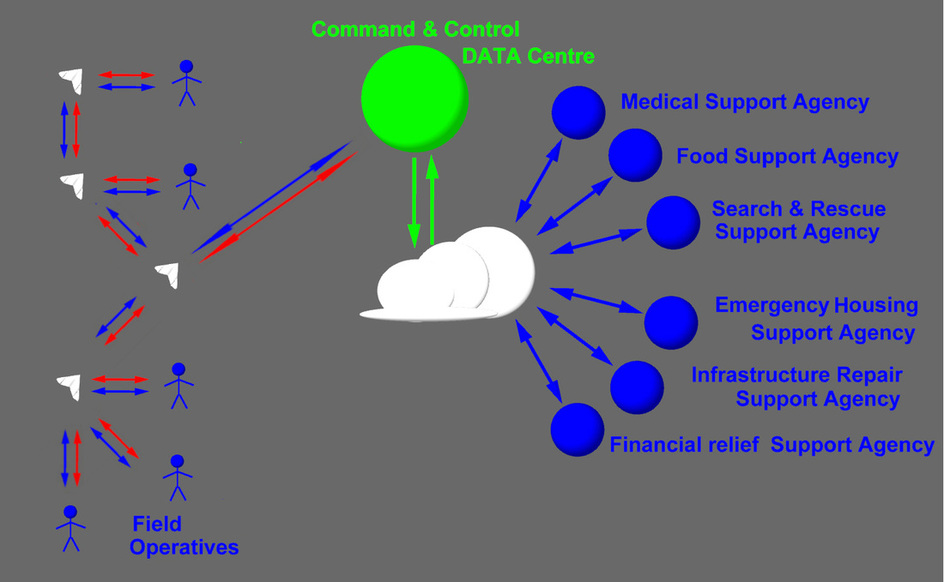 Following a disaster event, should satellite communications be unavailable or not prefered, an infrastructure independent communication system will be established. The UAS will deployed as an airborne communication link providing, where necessary, a chain of data and voice communication relay stations. This ensures that the Command & Control Centre and all Support Agencies can achieve a robust near-real time information sharing capability without external requirements.
​
Following an initial situational survey by the UAS launched from the remote Micro-Hangars a decision can be made as to were the initial field operatives should be sent. This decision can be supported by additional UAS flights with specific mission objectives to broaden the understanding of the situation on the ground before field operatives are committed.
Initial Support Agency personnel deployments can be guided to those areas determined most in need. The field operatives, determining the situation on the ground, can then call up additional precision UAS surveys of specific targets.
All personnel connected to the wireless network, including field operatives, Command & Control and Support Agencies have near-real time connection to the same data. This means that all involved are on the same page, The field operatives have awareness of what all the other field operatives situation is and are in a position to judge the level of requirements relative to the "big picture" of the situation.​ This enables resources to be deployed in a rapid and coordinated method, achieving site specific targets from only those Support Agencies relevant to the specific needs and to a well considered list of priorities. In this way, considerable tactical and logistical efficiencies will be achieved.
Information Network System with fixed or mobile Micro-Hangars. 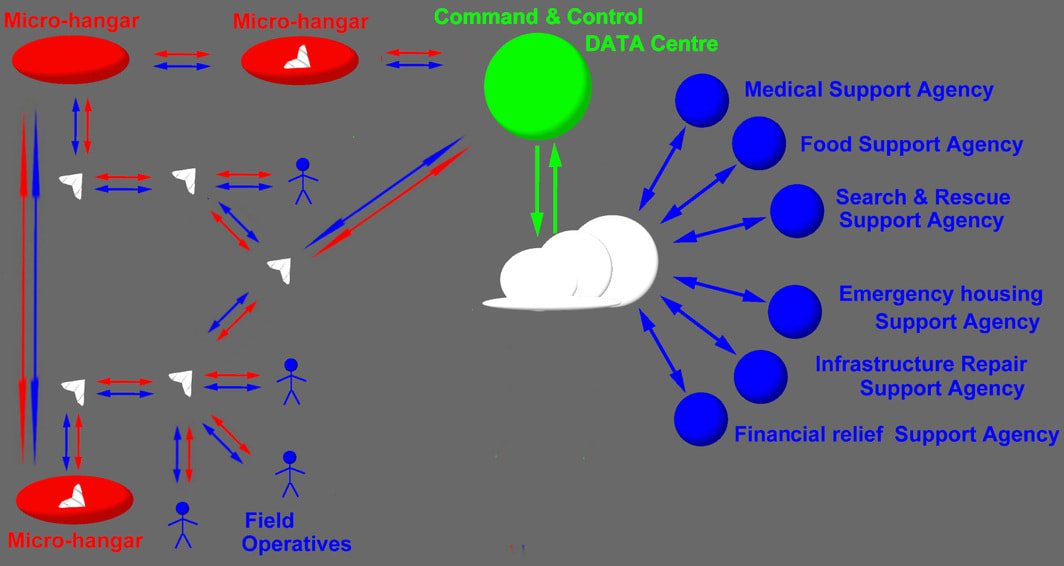 Like the Micro-hangar, the Command and Control Centre can be either in a permanent location or as a mobile unit. Being a mobile unit offers maximum flexibility to the system. X-craft has built a prototype mobile unit, shown below. It has been described as the "Swiss Army Knife" of infrastructure independent operations. Orginally known as the Xcom1, it has earnt the  knickname "The Tardis" ... below is listed the reason why. It includes, 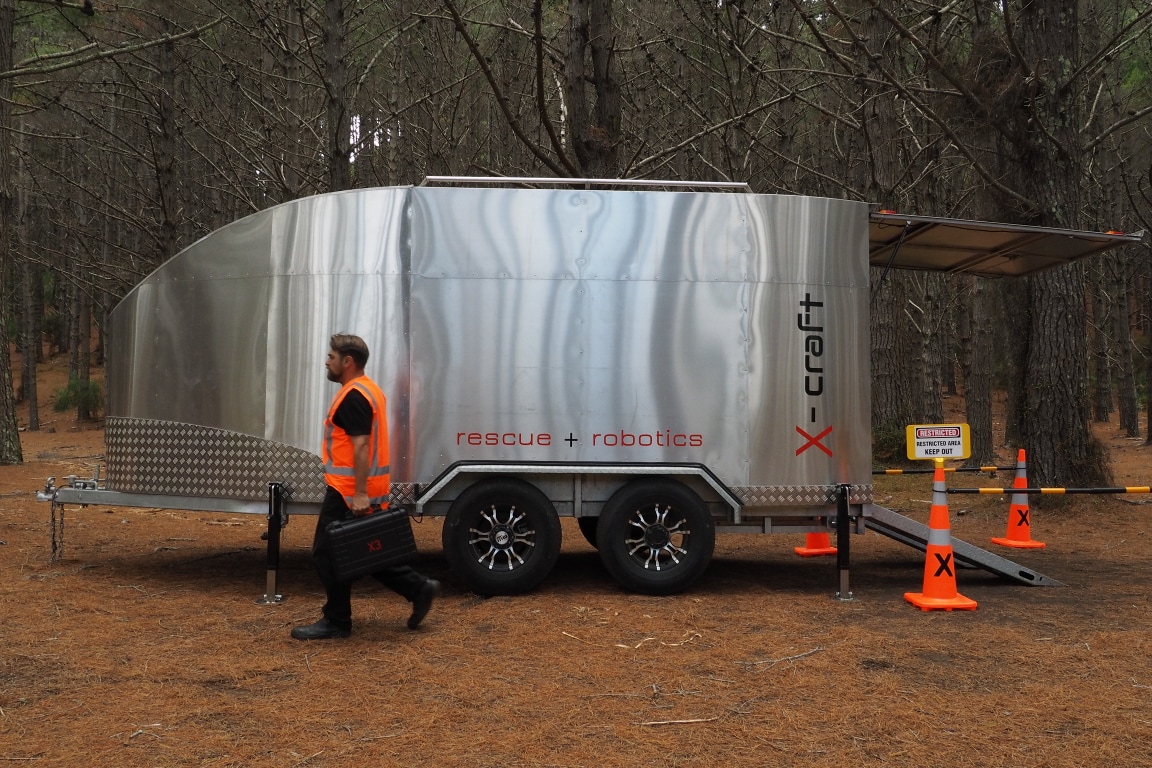 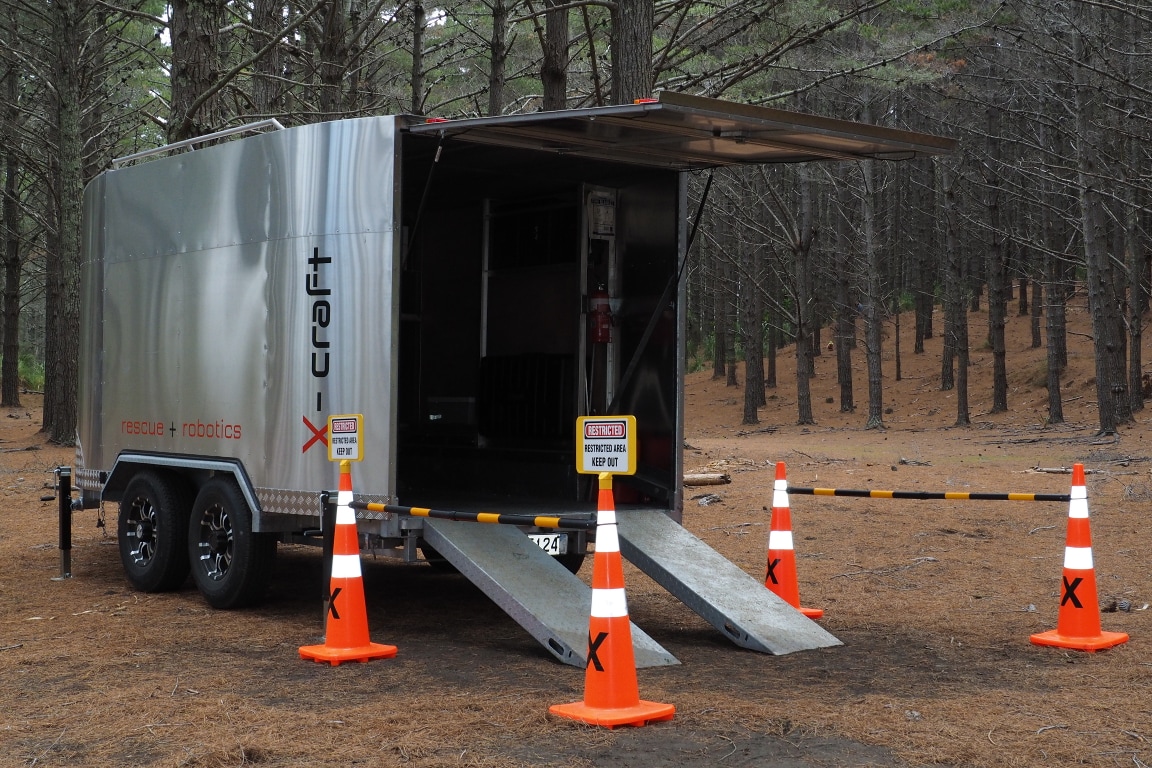 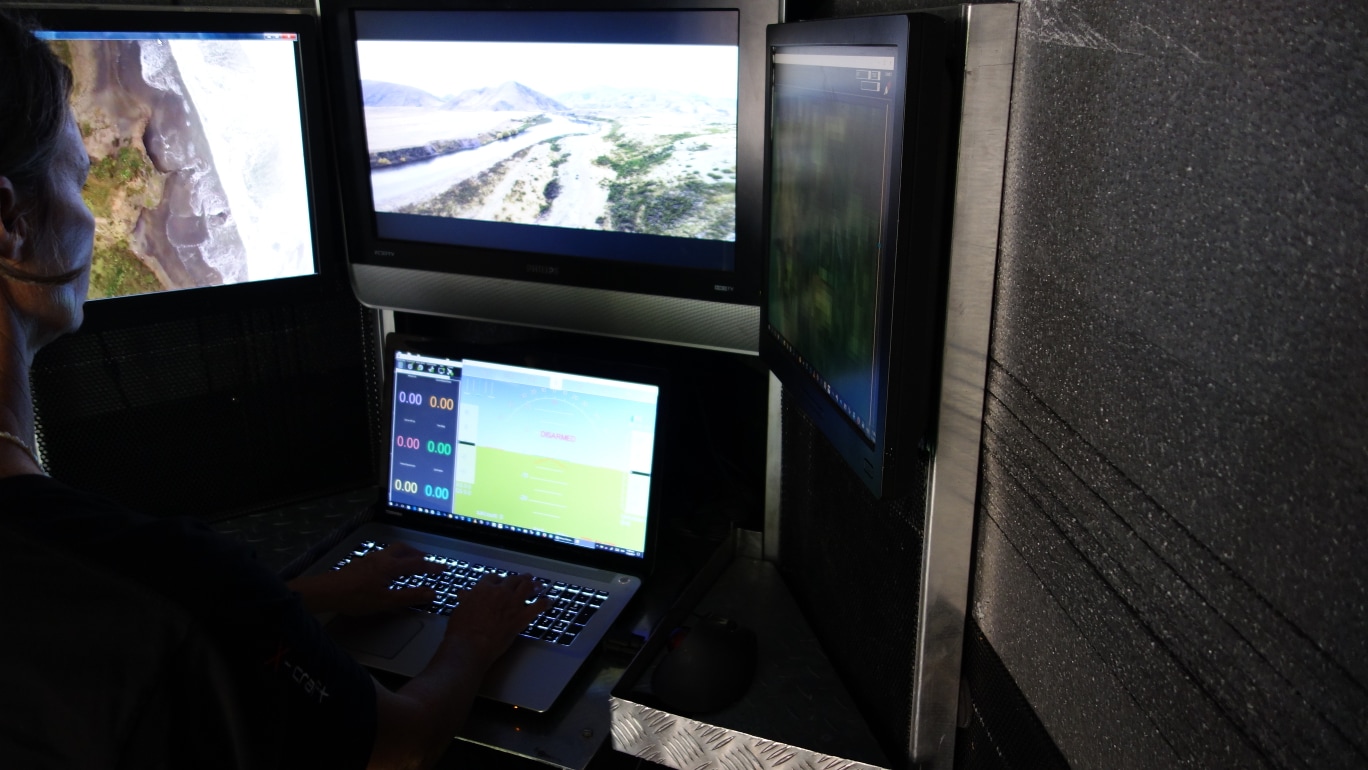